FireWölfe – visualizer for „Unholy“ out now!

FireWölfe release visualizer video for „Unholy“ today. A catchy track from their upcoming remastered debut album reissue, out on July 1st in Europe and on August 5th in North America.

Guitarist and songwriter Nick Layton says:
“If I remember correctly UNHOLY was one of the last songs we wrote but we instantly knew we had something special with this song.
I was sitting with my guitar and experimenting with an open string idea in the key of G minor. I wanted to use the open G as a pedal to play a melody off of. That became the intro to the song and one of the song’s big hooks.
Dave’s lyrics tell the story of a love/hate relationship with a woman. It’s the old tale about someone we know know is bad for us but we can’t seem to break away from. I think the chorus is one of our all time best – melodic and heavy!
Paul Kleff and I had a blast trading guitar licks on the outro of the song. Overall UNHOLY is probably my favorite FireWölfe track. We’ve heard from many of our fans over the years and this ranks at the top of nearly everyone’s list.”

US Melodic Metallers FIREWÖLFE announce „reloaded“ reissue of their same titled debut album from 2011. The album has been remastered by Bart Gabriel, and its new cover artwork has been designed by Dusan Markovic (JAG PANZER, SORCERER). The reissue includes two exclusive CD only bonus tracks, recorded by the current FIREWÖLFE line-up and featuring guest vocalists Jonathan K. from Q5 and Bobby “Leatherlungs” Lucas from ATTACKER.

CD & Digital version will be available on July 1st, 2022 in Europe and on August 5th, 2022 in North America. FIREWÖLFE’s riff monsters, refined with pithy vocals and brilliant licks and leads, breathe powerful US Metal vibes that should appeal to friends of legends such as SAVATAGE or RIOT, as well as lovers of HEIR APPARENT or FIFTH ANGEL.

Tomorrow the promo visualizer for „Unholy“ will be released.

We’d like to introduce you a brand new videoclip for „Part 7: I Found My Way Back Home“ from the new album „Marco Polo: The Metal Soundtrack“. We are pleased that it was created in cooperation with HD Art, who produced also the video for the song „Part 6: Dreaming Of Home“. Check out the video and please leave a comment!

It took a lot of time and effort, but finally we are proud to announce that SYMPHONITY’s third studio album „Marco Polo: The Metal Soundtrack“ is officially released today!

It’s available on all digital platforms and in all good music stores! You can also BUY the CD (special slipcase edition incl. bonus tracks, sticker & poster) as well as the gatefold vinyl version here.

The third studio album entitled „Marco Polo: The Metal Soundtrack“ will be finally released tommorow on May 20th, 2022 via Limb Music. In Japan it’s already out since May 18th. The album will be available on all digital platforms and in all good music stores! You can also BUY the special slipcase edition CD (incl. bonus tracks, sticker & poster) as well as the gatefold vinyl version here. 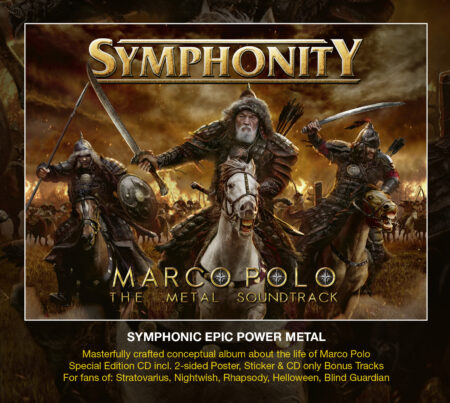 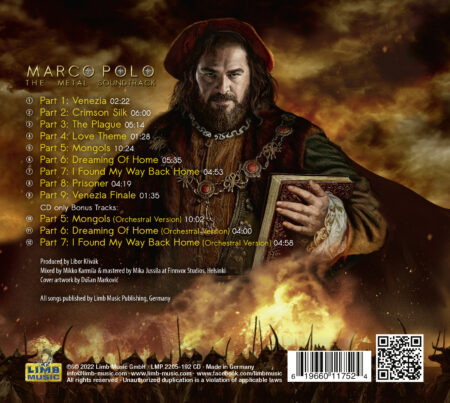 This output is a genuine discovery trip for lovers of Epic Melodic Symphonic Power Metal. SYMPHONITY are among those experts who have succeeded in creating an arc of tension from catchy melodies and awesome vocals to powerful guitar thunderstorms. „Marco Polo: The Metal Soundtrack“ is full of anthems and stands its ground on the level of acts like Stratovarius, Rhapsody, Nightwish, Helloween, Blind Guardian or Sonata Arctica. The songs, all true gems, are made for collectors of dignified concept albums.

With this album, SYMPHONITY have created a monument to the most famous traveller in medieval world history – and the stations of his life’s journey from Venice to Peking and back. But especially musically, the band’s brilliantly produced third longplayer will be very well received for sure.
The dynamic range of the album leaves nothing to be desired: up-tempo numbers like „The Plague“ and „I Found My Way Back Home“ are ideal flares to brighten even the dullest day, „Mongols“ is a wide-ranging ten-and-a-half-minute drama, „Dreaming Of Home“ and „Prisoner“ are piano-led ballads for emotional depth.
The album gains additional moments through the successful fusion of exotic harmonies and scales from countries on Marco’s travel route such as Persia, Armenia, Mongolia and China.

Click here for audio samples, video links and more information on where to buy/stream the album.

SYMPHONITY – VOICE FROM THE SILENCE (2022 Reloaded)

* not on digital version 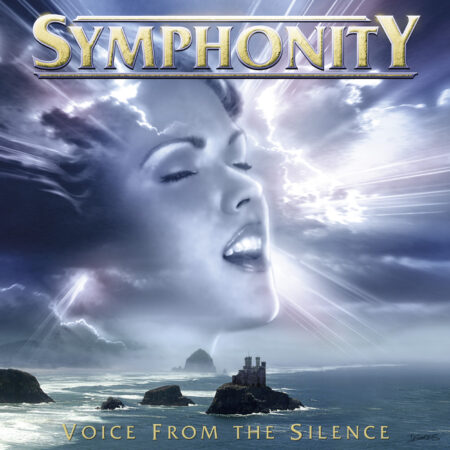 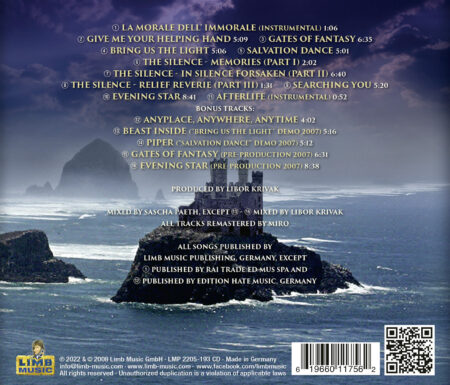 The whole story ends where it started – in Venice. Marco lived here for many more years enjoying the wealth he had brought home from his journey. This song is a sort of an spectacular outro which concludes the story of Marco Polo. Musically, it brings us back to the first chapter with the theme played by the whole orchestra and singed by great Czech Mezzosoprano Jana Hrochová, the solo opera voice of National Theatre in Brno.

You can pre-order the album here. 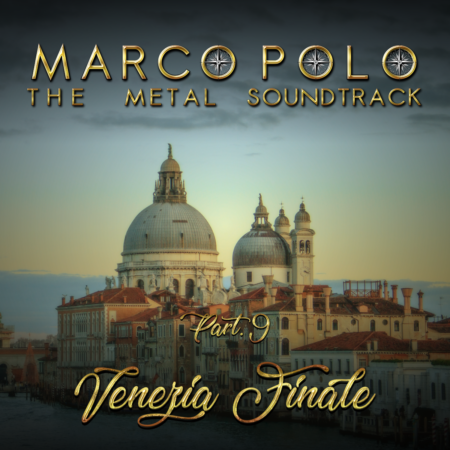 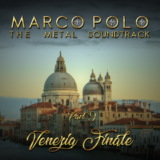